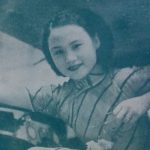 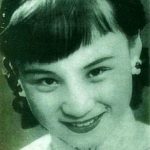 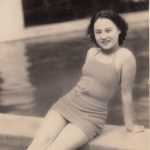 Chen Yanyan 陳燕燕 (1916-1999), also known as Ch’en Yen-yen, had long film career in Republican China, post-war Taiwan, and Hong Kong, lasting from the 1930s to the 1980s. As a teenager, she became a regular supporting cast member in United Photoplay Services (Lianhua Studio) films such as Love and Duty (1931), Yihjanmae (1931), Two Stars (1931), and Song of China (1935). She co-starred with Jin Yan and Li Lili in The Great Road (1934) and was cast as the female lead in films such as Girl Martyr of an Isolated City (1936). She continued to act in films throughout the Japanese occupation period, and had a notable starring role in Love Everlasting (1947), written by Eileen Chang.