Hailed as the finest Chinese film of all time, Spring in a Small Town is an intimate work of cinematic poetry that shows five people struggling to rebuild their lives in the aftermath of a war. A married woman’s humdrum life in a small town changes when her former sweetheart returns after a decade’s absence to visit his old friend, her ailing husband. Her voiceover creates a gripping psychological drama, even as Fei Mu’s lyrical cinematography shows people hesitating at a moment of uncertainty, amidst an environment of ruins. Tian Zhuangzhuang directed a remake of this film in 2002, known by the English title Springtime in a Small Town.

Scenes from Spring in a Small Town

Dai Xiu and Dai Liyan sing “In that Far-Off Place”:

A chicken makes a cameo during one of Yuwen and Zhichen’s walks:

Dai Liyan realizes that his wife is in love with his old friend:

Zhichen barely restrains his passion, and Yuwen cuts her hand: 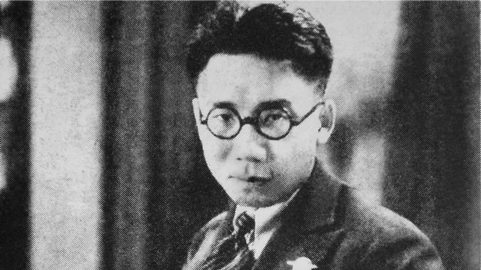 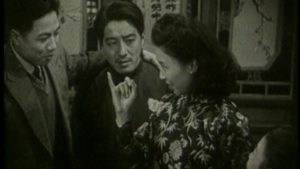