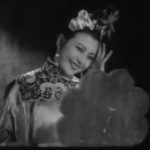 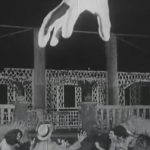 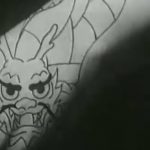 Special effects were common in early Chinese cinema, especially in comedies and martial arts (wuxia) films of the 1920s. Filmmakers working in a variety of genres – comedy, action, melodrama, musical – used overcranking, undercranking, matte shots, superimposition, and a variety of other trick cinematographic effects to delight and entertain viewers.

Watch many more examples on the Gags and special effect playlist.

Speedy treatment of patients in the doctor’s office in Laborer’s Love (1922):

A woman transforms into a spider on her wedding night in Cave of the Silken Web (1927):

The woman warrior flies to the rescue in The Red Heroine (1929):

An adversary traps the woman warrior under a magic cage during a fight scene in Woman Warrior of the Wild River (1930):

An actress gets a behind-the-scenes look at how supernatural special effects are created on a studio lot in An Amorous History of the Silver Screen (1931):

Martyred road workers (and their steamroller) are resurrected in the mind of a survivor of an enemy air rade in The Great Road (1934): 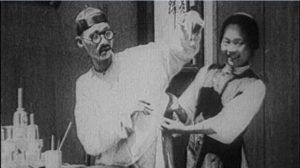